In addition to its financial commitment, Participant Media will collaborate with Image Nation to launch a social action and advocacy campaign to expand the reach and impact of the film release.

Directed by Academy Award®-winner Davis Guggenheim (An Inconvenient Truth, 2007), and produced by Walter Parkes and Laurie MacDonald, the feature-length documentary about Pakistani teenager Malala Yousafzai’s fight for the right to education is expected to release early next year.

Parkes + MacDonald announced the start of production in early July 2014, in association with Image Nation Abu Dhabi, the Emirati film and television company with whom Parkes + MacDonald has a long-standing partnership.

Mohamed Al Mubarak, Chairman of Image Nation, commented:  “Participant’s passion for the project, along with our past experience on a number of films together, made them perfect co-financing partners.  We’re excited for them to come aboard.  Our combined expertise will ensure Malala’s story will help inspire audiences around the world.”

Jim Berk, Participant Media’s CEO, commented: “Malala Yousafzai has said that she speaks, not for herself, ‘but so those without a voice can be heard.’ Jeff Skoll founded Participant Media to provide a platform for voices calling for social change, which is why Participant’s collaboration on this film was so important to him. Participant is proud to be part of the incredible team bringing Malala’s voice, and her fight, to audiences around the world, from the screen and into the community, to spark global engagement around education as a universal right.”

Michael Garin, CEO of Image Nation, commented:  “Malala is an inspiration all over the world and we are honored to play a part in bringing her story to the big screen.  We have believed in this project from its inception and are now pleased to have Participant Media, who are strong advocates for social action, as a financing partner on the project.”

In 2012, Pakistani student activist Malala gained international recognition when she survived a brutal assassination attempt by the Taliban at age 14.  Shot in the head and neck when gunmen opened fire on her school bus in Pakistan’s Swat Valley, Malala was targeted for speaking out on behalf of girls’ education in her community. Malala Yousafzai’s charity, The Malala Fund (www.malalafund.org), invests in projects that support education and empowerment for girls around the world.

Participant Media, the company behind Guggenheim’s previous documentaries, An Inconvenient Truth and Waiting for ‘Superman’, is focused on entertainment that inspires social change.

Participant Media has a long-standing relationship with Image Nation, having partnered on the Participant Media/Image Nation Film Fund, which financed such films as Cesar Chavez, The Best Exotic Marigold Hotel, The Help, and upcoming releases A Most Violent Year and Out of the Dark. 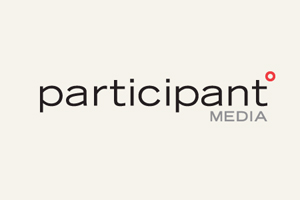