Our Response to Recent News About the Paris Climate Accord 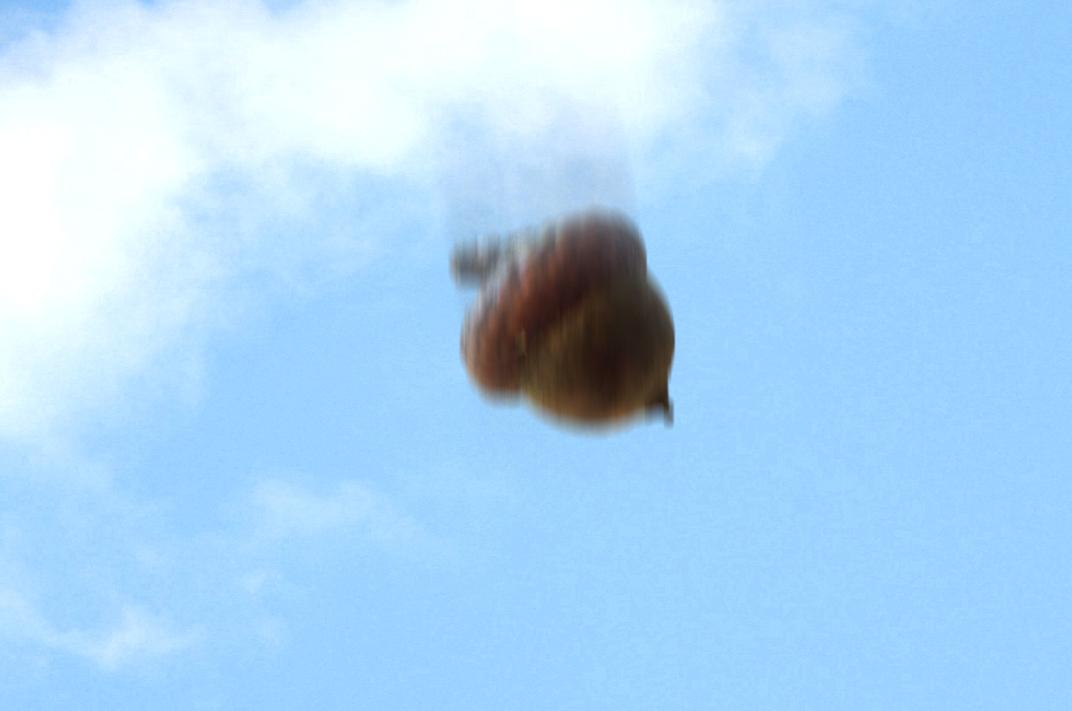 Our Response to Recent News About the Paris Climate Accord

Once upon a time not that long ago, in a land nearby to everywhere, Chicken Little was hit on the head by an acorn while on his way through the forest to get to school. Stunned and traumatized, he instinctively reached for his iPhone and tweeted: “#theskyisfalling,” assuming that as usual, it would be seen only by his small group of followers. As it happens sometimes, the story went viral. In a matter of hours Chicken Little was rather violently transformed from an unknown Gallus gallus domesticus with a modest community of friends beyond his own barnyard into a national public figure. His story stirred a tsunami of controversy and divided the country, with some pundits calling for the immediate evacuation of everywhere and others labeling the poor fowl “a delusional idiot who would not know sound science if it hit him on the head.”

From town to town around the country, Chicken Little’s saga has become an urban legend. His misfortune, and his well-intentioned message, have been repurposed by parents and preachers and teachers as a parable of warning to children about the perils of becoming an alarmist: in particular, how dangerous it is to jump to conclusions about the potentially cataclysmic consequences of our quotidian lives. The most immediate and painful lesson to be learned from this public shaming is, of course, that no matter how noble your intention, it is probably not a good idea to tweet immediately after being hit on the head. There was a time when the greatest danger of what might be called naiveté was being eaten, but since the advent of social media, it is evident that there are fates far worse than death by big white teeth.

The conservative media leapt into action as the tweet went viral, putting all its muscle into taking Chicken Little down. Dismissed as an alarmist and hypochondriac, fired from his minimum wage factory internship and reviled on Fox News as a labile, bird-brained victim of PTSD, he retired from public life to lick his wounds and think things through until his story was no longer top of mind.

Chicken Little is back now, with a rebuttal-memoir titled Ahead of My Time: I Was Not Wrong (In Fact, I Was Right).

In interviews, the author expounds on his new perspective:

“After deep reflection and research, I am convinced that the acorn that bonked me was not a rogue or isolated incident. In fact,” he continues, “I am now certain the event was induced by stress placed upon the oak tree by unseasonable fluctuations in temperature and general global warming. This is the result of a dramatic increase in carbon dioxide in the earth’s atmosphere due to human activities involving agriculture, urbanization, over population and the rampant use of fossil fuels. I have done my homework,” Little says; “This is called ‘climate change.’ What I tried to communicate after ‘the incident’ but could not, since my tweet was taken out of context, was that I clearly saw the acorn as a metaphor for the impacts of climate change. I hope that in this modern age, with the ample evidence provided by thousands of climate scientists, my reputation will be restored to its former unblemished state. And I look forward to a time when I will no longer suffer the emotional toll of being labeled an alarmist.”

Little says he hopes the record will vindicate him. He wants “children everywhere to know the truth, once and for all, so they are armed with the knowledge they need to succeed, where my generation failed, in reversing the effects of global warming.” “I hope for all creatures,” said Little, “that the sky will remain in the sky.”

The author’s book, which he asserts is a work of creative non-fiction, has been endorsed through unrestrained cover blurbs by his peers. This original group of colleagues, who almost witnessed the incident themselves, heralded Little’s courage in taking on such a complex and unpopular issue once again.

Henny Penny: “This book is a wake-up call. I have myself been predicting that something like this might happen. I have been saying for what seems like forever that it is high time for humans to wake up. I’m frankly not sure how much more clear I could be.”

Goosey Loosey: “For those of us who have been high enough to see the sky at eye level, this book tells it like it is. It’s just very cool, man.”

Turkey Lurkey: “Little is an autodidact who has filled his head — and this book, with important intelligence for all of us. That acorn was likely traveling at fourteen point seven miles per second when it made contact, and while it’s difficult to prove that velocity is higher than in pre-industrial conditions, I think the evidence is clearly there.”

Ducky Lucky: “Indeed, it is our good fortune that Little has mustered the moxie to write this important work of non-fiction. While I don’t want to play the blame game, it is hardly surprising that it took a fowl to call foul on this disaster that humans have failed to see. Innocent victims are being hurt here, and humans are at fault.”

And Foxy Loxy: “Little has out-smarted all of us in seeing the acorn for what it was — a warning. We need to take matters into our own hands if you know what I mean, and you can count me in. His book has raised the fur on the back of my neck and made me hungry for action.”

Despite their support and Chicken Little’s best efforts, however, his book has not garnered the unequivocal credibility he hoped it would. Rather than becoming the rallying cry that unites the world behind practical action, his message cemented minds on whatever side of the argument they began. Those who already believe him throw up their hands in frustration and fear, those who do not respond with outrage, dismissal, denial.

He could barely bring himself to read the comments on his blog post, which included, but were not limited to, these:

“Chicken Little is a bird-brain liar.”
“For the past thirty years the alarmists have been spouting ‘Chicken Little’ climate science.” [1]

“Maybe because we have learned to be skeptical of “scientific” claims, particularly those at war with our common sense – like the Darwinists’ telling us for decades that we are just a slightly higher form of life than a bacterium that is here purely by chance.” [3]

“The polar bears are not becoming extinct.” [4]

“As governor of Alaska, I took a stand against politicized science when I sued the federal government over its decision to list the polar bear as an endangered species despite the fact that the polar bear population had more than doubled.” [5]

“Carbon Dioxide is, in Fact, No More Dangerous Than Acorns.”
“Today we have about 388 parts per million in the atmosphere. I think in the age of dinosaurs, when we had the most flora and fauna, we were probably at 4,000 parts per million. Not very much, is it? Laid out on a 100 yard football field, this would equal a distance of less than 3/8 of an inch.” [8]

“Washington bureaucrats have classified the very air we exhale as a pollutant and have gone unchallenged in this incredible assertion. The logical consequence is that there will come a time when we will have to buy a government permit just to emit carbon dioxide into the atmosphere from our own lungs!” [9]

“Scientists can’t be trusted any more than chickens can.”
“Recent events have uncovered extensive evidence from the Climate Research Unit (CRU) at the University of East Anglia in England, which involved many researchers across the globe discussing the destruction, alteration and suppression of data that did not support global warming claims. These exchanges reveal actions that constitute a serious breach of scientific ethics.” [10]

“This is a plot against the American Taxpayer, a category to which Mr. Little does not even belong.”
“Climate alarmists see an opportunity here to tax the American people.” [12]

“We should not put the US economy in a straitjacket because of a theory that hasn’t been proven.” [13]

“I don’t know if the CO2 zealots are right, but I don’t care, because we can’t afford to do what they want to do. Unless you want to go broke, in which case the world isn’t going to be any greener. Poor nations are never green.” [14]

“Why should we change when nobody else is?”
“…there are other countries that are polluting in the atmosphere much greater than we are at this point… They’re not going to stop doing what they’re doing. America is a country, it’s not a planet.” [16]

“It’s not our fault.”
“A changing environment will affect Alaska more than any other state, because of our location. I’m not one though who would attribute it to being man-made.” [17]

“So what if it is happening, who says it’s a bad thing?”
“Thus far no one has seriously demonstrated any scientific proof that increased global temperatures would lead to the catastrophes predicted by alarmists. In fact, it appears that just the opposite is true: that increases in global temperatures may have a beneficial effect on how we live our lives.” [18]

And so, whether the acorn was just an acorn, whether the sky is falling or the climate is changing, whether it is the fault of humans or the sun or Galileo himself remains the stuff of debate: debate without consensus or action of any consequence, debate to the point where everyone gets confused and forgets why the point mattered in the first place, debate between people who cannot agree on what is real, and therefore never do anything about it. Like so many other things in America, this issue seems to be more about winning than it does about being right. More about money than life itself.

Chicken Little was heartsick, and never certain exactly why it was so important to people not to believe him when he was so certain of how important it was. The lesson he has taken away this time is that there are some things people just don’t want to know and they will go to any length NOT TO KNOW THEM.

Chicken Little lived to see a time when people spent so much energy debating with each other and arguing that they didn’t see it coming when the sky fell on them. Perhaps they all died happy, since fighting was what they seemed to love more than life itself.

We do not yet know the moral of this story.

Author's Note:
Like Mr. Little, I was myself once hit on the head by an acorn, on a small road in rural Connecticut. Because I share his pain, I may therefore not be completely objective in the presentation of his case. I can attest to the fact that it hurts, a lot. And that one’s first reaction is to use profanity, then look for someone to blame.

More from School of Visual Arts - Design for Social Innovation

Designing a Way to Measure the Impact of Design

Social Design is the Future

How DSI Alums Are Putting Social Design to Work