Every year, during the LA Auto Show's Design Challenge, major car companies design the cars of the future. Last year's theme was the face of motor-racing come 2025. This year's challenge - entitled Youthmobile 2030 - asked how drivers 16-23 years of age, raised on cell phones and Twitter, will emotionally connect to their cars in 2030?

Designers from Audi, GM, Honda, Mazda, Nissan and Toyota stepped up to answer that question. Their designs included cars which incorporated human DNA, one's that could change both shape and color, and even cars which linked together to form a larger mass transit system.

But the challenge winner was Nissan's V2G (vehicle-to-grid) concept. It's kinda like the iPhone of electric cars (or the Droid if you swing that way). It uses an electrified highway much like cell phones use cell towers. The e-highway stays charged by using photovoltaic skins which cover all major urban structures.

Nissan itself would provide an affordable range of 'grid' access plans to meet a variety of lifestyles. But you can even jail-brake the car to go 'off-grid' in a variety of configurations. It can also flock with other vehicles to save money.

And when the car is no longer useful; recycle it! It's made of a bioresin and carbon nanotube cloth. Using bacteria, the car would be devoured leaving only the cloth behind. The cloth could then be used for future models.

Whatever you want the V2G to do…there's an app for that.

Audi's eOra and eSpira concepts respond to even the slightest body movements and gestures of the driver. The results are vehicles with unmatched agility and responsiveness. Of course, if you sneeze it could be fatal.

GM's Car Hero concept makes driving a game. The driver plays against the car's autonomous system to win complete control over the vehicle. You start out by entering your destination into a navigation app on your smart phone and pray your car is not K.A.R.R. from Knight Rider.

Honda's Helix is part car and part cylon. The vehicle uses human DNA along with adaptive polymers to transform to the driver's liking. It can change both in shape and color.

Mazda's Souga is a custom built vehicle in which drivers use a virtual reality website -V Mazda - to design their car with the help of a design mentor. It's like ordering a Dell computer online.

The Toyota LINK is a customizable, mass transit vehicle that links into other transportation 'social networks.' You can actually download skins to personalize the exterior. The wheels, made of an electro-conductive material, convert friction into energy to charge the car's battery.

Greenopolis.com is dedicated to our users. We focus our attention on changing the world through recycling, waste-to-energy and conservation. We reward our users for their sustainable behaviors on our website, through our Greenopolis Tracking Stations and with curbside recycling programs. 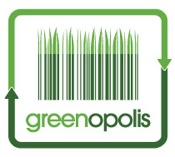 Why Recycle Your Tires? Fire!

How to Green Your Fridge

How to Make Your Halloween a Bit More Sustainable