Let There Be Light? Light Pollution’s Impact on the Built Environment 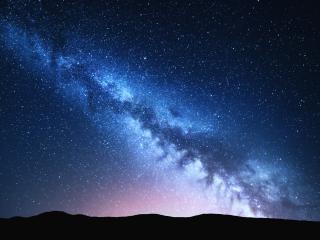 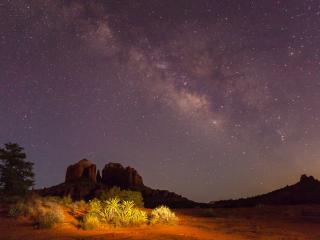 Few would argue that a little light to brighten the darkness is a good thing. How else, after all, are we supposed to get around once the sun goes down? Too much of this good thing can become a bad thing, however—namely, in the case of light pollution.

Light pollution, the excess production of artificial light, is perhaps most commonly associated with reduced visibility of the night sky, making it difficult for stargazers and astronomers to observe various celestial bodies. In fact, according to a study published last year in the scientific journal Science Advances, nearly 80 percent of North Americans and 60 percent of Europeans are unable to see the Milky Way from where they live due to light pollution.

A less luminous night sky is arguably the least of light pollution’s ill effects. Excess nighttime light can have potentially significant downsides for animal and human health, says Brett Seymoure, a sensory and behavioral ecologist at Colorado State University, who studies the effects of light pollution.

“There’s a lot of information showing how light pollution leads to bad sleep or insomnia,” Seymoure says. “We also know that obesity and depression rates go up under light pollution, and there is now ongoing research into how artificial lighting at night could lead to cancers in humans.”

These ill effects, he says, appear to be linked to the disruption of normal melatonin production and the abnormal regulation of people’s circadian rhythms.

Given these and other downsides, it’s unsurprising that countries and municipalities are taking steps to curb excess light emissions. And, Seymoure notes, there are a variety of relatively straightforward actions that could lead to significant reductions in light pollution.

For instance, he says, simply shielding public lights, such as street lamps, to better direct their emissions downward could have a notable effect. Additionally, municipalities could use lights that are lower to the ground, perhaps on poles that are just a foot or so high, as opposed to traditional poles that typically hang lights high overhead.

Another move would be to use either timers or motion sensors to make sure lights are only on when areas are actually in use. For instance, in “a lot of parking lots at night, lights don’t need to be on,” he says. “Take Target, right? It’s closed, no one is using that parking lot, and yet the lights are on at 4 a.m. There’s no reason for it.”

Among the cities that have made a strong effort to tackle light pollution is Sedona, Ariz., where the government has established curfews for public lighting and regulations that, among other things, restrict the addition of new lighting on public roads and require shielding of light fixtures.

Vancouver, Canada, is likewise looking into the effects of light pollution. In 2015, a city councilor began a push to replace old lights with newer, more efficient ones, improve light shielding, and even curb lighting on private property. Later that year, the city released portions of a new outdoor lighting strategy that it developed in collaboration with planners at the University of British Columbia.

And, in Europe, citizens are taking a continental-wide approach. At the end of 2015, the European Union launched its STARS4ALL project, which aims to inform people about light pollution while also promoting approaches to mitigate the problem.

The project’s goals include creating maps to identify inefficient street lighting, identifying commercial lighting that is being used inefficiently (for instance, by being left on when the facility is not in use), and building a network of sensors throughout the continent’s villages to measure levels of light pollution.

Even the City of Lights is getting in on the effort. In 2013, Paris passed new regulations requiring commercial and retail buildings in the city to turn off their lights after the last worker leaves.

However, in a world of growing populations, and ever-increasing electrification and urbanization, these efforts can only do so much. Even in areas that have tackled the problem, light pollution is still increasing, Seymoure says. But, he notes, at a somewhat slower rate.

“It’s at least a step in the right direction,” he says.