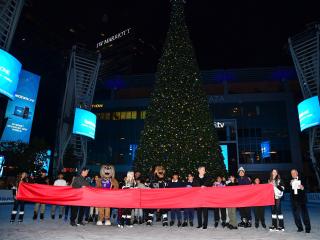 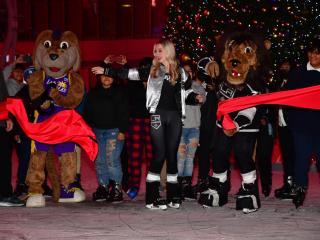 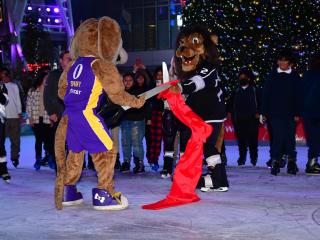 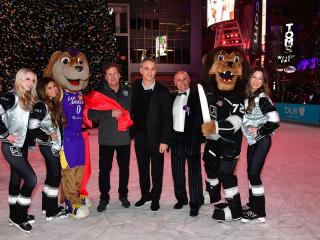 AEG's LA Kings are helping to bring holiday cheer to families in need across Los Angeles with the return of the LA Kings Holiday Ice Presented by Coca-Cola.

Additionally, on Sunday, December 4, the LA Kings partnered with local broadcasting station, KTLA, to host the “5 Live Food Drive” from the holiday ice rink. Anyone who brought two cans of food or donated money to the KTLA food drive was given a chance to skate for free alongside the LA Kings' Ice Crew and team mascot, Bailey. All of the food and donations collected throughout the day went to the Los Angeles Regional Food Bank to help feed hungry families this holiday season.

"Due to the lingering effects of the pandemic and high prices, too many families are unable to afford the food they need or spend extra to give their kids something special this holiday season," said Jen Pope, SVP, Community and Hockey Development for the LA Kings. "Giving back is a big part of what of our club stands for and we are committed to making sure that this holiday season is memorable and accessible to everyone."