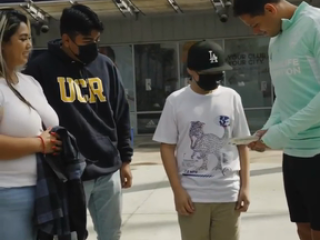 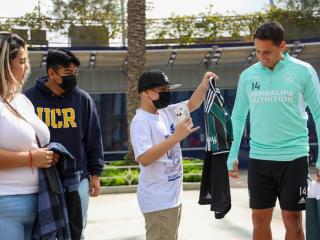 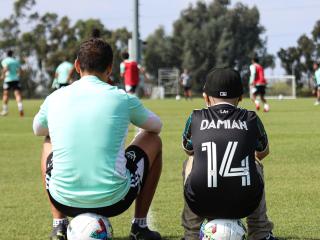 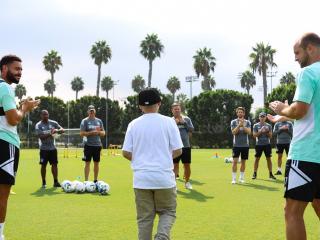 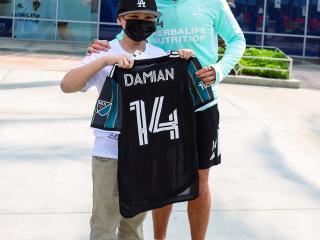 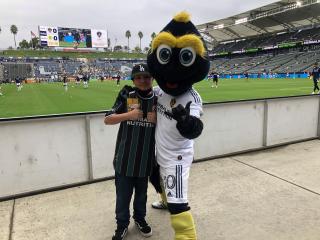 On October 12, 2022, AEG’s LA Galaxy gave Damian, a local 10-year-old fan who was recently diagnosed with Leukemia, the surprise of a lifetime when his favorite player, Javier ‘Chicharito’ Hernandez, met him and his family at Dignity Health Sports Park (DHSP) with tickets to the first round of the 2022 MLS Cup Playoffs which pitted the Galaxy against Nashville SC.

In addition to the tickets, Damian had a chance to watch the LA Galaxy train at DHSP, tour the stadium, and receive a pair of signed cleats from Chicharito and a customized jersey signed by the team. He also was honored as the VIP guest during the first playoff match on October 15.

“Sport has the power to inspire, and it can speak to youth in a language they understand,” said Gabriel Osollo, LA Galaxy’s Manager of Community Relations. “We wanted to leverage the power of soccer and all of our assets here at the stadium to change Damian and his family’s everyday routine. By helping this young man fulfill his dream, we are hoping to provide some joy and motivation along his journey.”

Osollo was introduced to Damian and his family during the LA Galaxy’s final home match on October 1, 2022. It was Damian’s first game of the season since starting chemotherapy, and after meeting him and hearing his story, Osollo knew he wanted to create a special, unforgettable, and once-in a-lifetime experience for the young Galaxy fan.

LA Galaxy, also known as the Los Angeles Galaxy, are an American professional soccer club based in the Los Angeles metropolitan area. The Galaxy competes in Major League Soccer, as a member of the Western Conference. The club began play in 1996 as one of the league's 10 charter members. To learn more about the LA Galaxy, click here.