Ecocentricity Blog: The Devil Made Me Do It 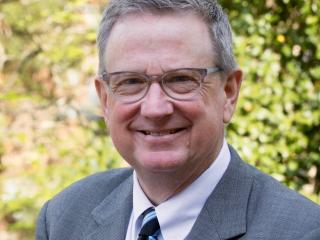 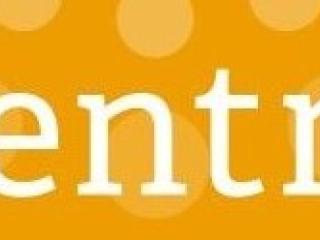 Ecocentricity Blog: The Devil Made Me Do It

As business people, we all “know” that to provide for our families we sometimes have to do things that we don't think are 100% right to make money for the shareholders.  It’s nobody’s fault.  It’s just the way things work, right?

That’s the assumption that legendary early Interface employee, Graham “Scotty” Scott, threw on the table on September 1, 1994. The previous morning, Ray Anderson first shared his vision for a new Interface that would “do well by doing good,” a company that could thrive by winning over its customers by shifting from being the best carpet tile company “in” the world to being the best “for” the world.  At the end of this small company meeting that lives in the lore of Interface, Scotty stood up and declared that Ray had just given him permission to make up for all those little compromises in his remaining years before retirement.  He did with a vengeance.

In my last post, I shared that there are a number of emerging approaches to capitalism and business strategy that are challenging those assumptions, including Conscious Capitalism.  Studies are accumulating that show that financial performance does not have to be sacrificed to create social good. A new crop of CEOs are passionately leading their companies in this new direction that seemed utter folly 25 years ago.

But what about those wolves at the door, the shareholders and private investors demanding immediate returns?  Remember Gordon Gekko’s “Greed is Good” speech in the movie Wall Street and the Board of Directors quaking in their seats behind him on the stage?  It’s easy to say, “The devil made me do it.”

This short-term, shareholder value focus continues to drive Wall Street, but new voices are emerging.  For years SRI (Socially Responsible Investing) funds have been growing at a rapid rate in total assets under management.  SRI funds, initially established to screen out industries such as weapons, tobacco, and now fossil fuels, give people the opportunity to invest in companies or funds that they feel are more aligned with their personal values. The potential of small reductions in returns have been widely accepted in this cause-driven market, but some say the gap has narrowed or disappeared.  Impact Investing is a subset of SRI investing with an even greater emphasis on social benefit and less on financial return.  The growth in SRI investing is good news, but maybe too little too late to turn the juggernaut of capitalism.

On the other hand, ESG (Environmental, Social and Governance) Investing is a related concept, but with vastly greater potential.  An explosion of research firms is providing ESG ratings on the performance of thousands of companies, both for equity and debt markets.  Analysts are beginning to see the correlations between a company’s ESG performance and their ability to navigate the risks and opportunities of our increasingly tumultuous world to continue to create value in the future.  At the risk of over simplifying, SRI investing tends to be about sustainable values and ESG investing about sustaining value creation.  In the long run, there is no difference, as incentives align.

According to a recent PWC report,

“A growing body of evidence shows that companies with strong ESG credentials outperform. In particular, studies show that companies focusing on the ESG indicators most financially relevant to their industry tend to perform well.”

Wait, what was that?  Did one of the biggest accounting and auditing firms on the planet say companies that are greener and more socially responsible to an array of stakeholders can actually financially outperform others?

Yes, and that’s what some of the biggest institutional investing firms in the world are saying, too, and their voices have been getting louder every year.  Just take a look at Larry Fink, BlackRock’s Chairman, and the letter he wrote to CEOs earlier this year.

In particular, the three biggest firms, BlackRock, Vanguard Group, and State Street Global Advisors, which combined have over $14 TRILLION in assets under management, are leading the boldest conversations about business purpose and ESG performance. For many publicly traded companies, funds managed by these three companies are among their top five shareholders, sometimes collectively owning more than 25% of their shares. That’s starting to get the attention of CEOs and CFOs.

Have these wolves of Wall Street lost their teeth and turned into sheep?  Not at all.  They are all about the money and compete ferociously to demonstrate how they can better manage the assets their clients have entrusted to them, most of which are invested for long-term goals such as retirement. They see it in the numbers.

They see the mounting consequences of a system with tunnel vision on quarterly profits and today’s share price. They are raising the alarm to “short-termism” that artificially boosts the appearance of immediate value at the expense of sustainable value creation.  Just like the short-termism that causes a country to hollow out its infrastructure, they see leaders mortgaging the future by underinvesting in people, innovation and other assets to balance the books and win the next election, promotion or bonus.

This is the same short-termism that turns a blind eye to the negative externalities of agreements between buyers and sellers that exploit natural resources and people.

A better way is emerging and being noticed by consumers, investors, workers, and communities.  It’s a possibility to align incentives and build trust like never before. The change is coming, but will it be fast enough?  The answer will be determined by how we choose what we buy and where we work, live and invest.  It’s up to us.

Leveraging his 18+ years blazing new trails to sustainability with Ray Anderson and Interface, Jim is helping organizations build on their efforts in environmental sustainability to leverage human and green technologies to accelerate progress on business and societal goals.
Today, Jim consults independently with large and small businesses and advises organizations such as the United Nations Global Compact and the Corporate EcoForum. He has recently helped found Conscious Capitalism of Atlanta.
Contact Jim Hartzfeld:  jhartzfeld@hartzfeldadvisors.com
Ecocentricity is a weekly blog, and you can subscribe to receive it via email every Wednesday.
Click here to subscribe.