In the United States, there are over 600 Native American and Alaskan Native tribes, representing approximately 1.5 to 2 percent of the population. Lack of critical mass often leads to underrepresentation of Native American viewpoints and representation in racial disparity assessments–particularly in the tech industry.

Native Americans make up less than .005 percent of the tech workforce in United States. Environmental, education, and a tech-monoculture (which refers to a generic corporate culture) approach to recruitment and definition of talent are key contributing factors to low representation of Native Americans in the tech industry.

The largest issue confronting this population is poverty. American Indians have the highest poverty rates of any demographic in the U.S., as high as 39 percent on reservation, 28 percent off reservation. Many residents living on reservations do not have adequate access to telecommunications services, STEM programs, or educational support mechanisms for higher education, which contribute to an underrepresentation in the tech workforce.

This is not to say that Native American communities lack interest in science, technology, engineering, and math–quite the opposite. Rather, it’s how those concepts are introduced and communicated in a localized way and in the context of Native knowledge. Helping students understand relationships between their STEM interests, real-world applications and the needs within their communities can help foster the interest and desire to pursue those interests for the betterment of their communities and families.

I am an enrolled member of the Cherokee Nation, of which I’m an active supporter and advocate for language preservation and STEM opportunities for our youth. I was recently asked about the challenges confronting professional and early-in-career Native Americans who pursue careers in the tech industry. My response to that was four-fold:

2) Understanding, learning, and adapting to corporate cultures with different value systems and norms than may exist in the Native American culture,

3) Finding others in the workplace with shared experiences and affinities,

4) Feeling like your life experiences are respected and that you can contribute in ways that are not typecast or tokenized.

As we celebrate National Native American Heritage Month this November, I’m proud to work at a company that takes an active role in advocating for Native peoples pursuing jobs in STEM and tech and supporting organizations like the American Indian Science and Engineering Society (AISES) to help further STEM education and grow opportunities for Native Americans in their communities and beyond. As a society, we become more valuable when everyone contributes. And supporting Indigenous knowledge supports us all. 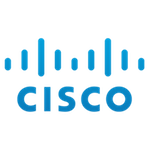 How Cisco Employees in Australia Step Up To Volunteer

People Behind CSR at Cisco: Empowering Learners Through Technology and Education

Cisco Networking Academy: Innovating To Make Education Accessible and Equitable for All

How Cisco Supports Entrepreneurship Today and Every Day