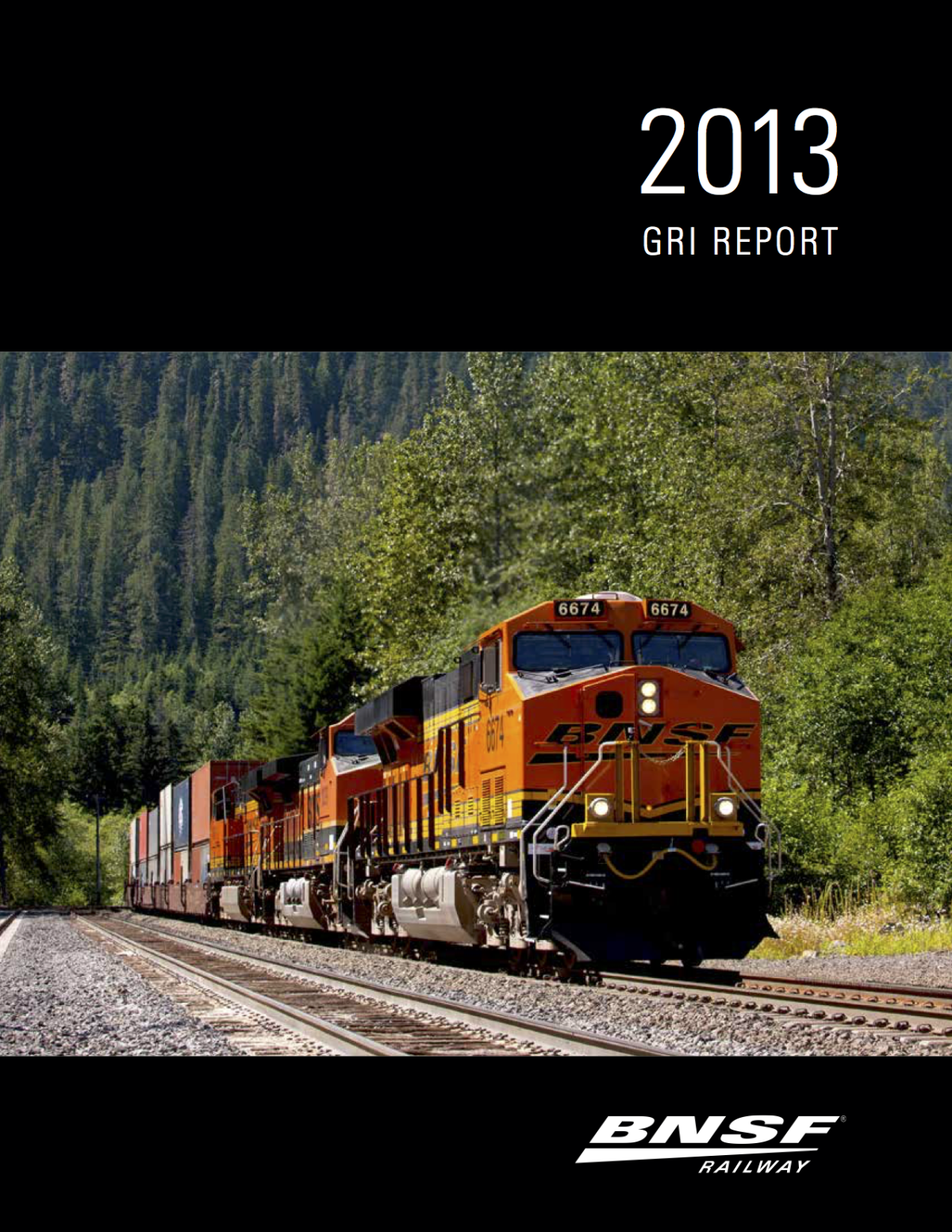 “Our first GRI report reflects BNSF’s leadership in making rail more efficient and sustainable than other modes of freight land transportation,” said BNSF Vice President of Environmental John Lovenburg. “We are pleased to be able to issue our first report based on the GRI’s latest guiding principles as we continue to grow our business in a safe and sustainable manner by investing in our network and the development of our employees while contributing positively to our communities, the country and our economy.”

This first edition of BNSF’s GRI provides information on the contributions it is making today and what it is working to achieve in the future. It covers a range of topics including: stakeholder engagement; economic performance; network reliability and service issues; energy consumption; carbon emissions; land use and property management; emergency preparedness and response; employee recruiting; and philanthropy and community engagement. A full copy of the report is available on BNSF’s website at http://www.bnsf.com/communities/bnsf-and-the-environment/GRI/.

In the future BNSF plans to issue its GRI reports during the summer containing information on the prior year’s sustainability efforts. Future reports will continue to look at how BNSF proactively pursues opportunities to develop, test and deploy technologies that result in an ever-improving sustainable transportation model. Examples of BNSF’s efficiency efforts highlighted in this year’s report include: