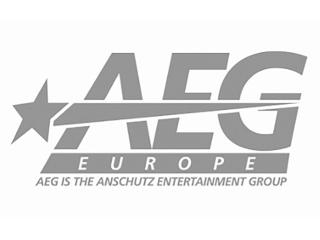 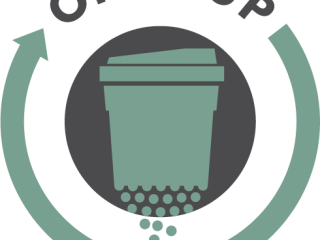 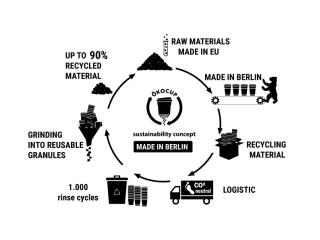 Beginning in January 2023, AEG will be using a self-operated reusable cup system with in-house cup washing lines in its German venues. Visitors to the Barclays Arena in Hamburg, the Mercedes-Benz Arena and Verti Music Hall in Berlin will consume their beverages at events from recycled cups of the Ökocup (eco-cup) brand, which will be washed directly on site.

Cleaning the reusable cups at the arenas avoids the emissions that would normally be generated during transport to an external cup washing line. The cups themselves are largely made from plastic that has already been recycled and are also reprocessed to 100% at the end of their service life. The cups are cleaned based on the highest hygienic and ecological standards, and the two washing lines in Berlin and Hamburg are powered by green electricity.

Uwe Frommhold, VP & COO AEG Germany, said, "For us, the introduction of the reusable cup system with an in-house cup rinsing line is a decisive step in our efforts to achieve greater sustainability in the operation of our venues. After all, regardless of how environmentally friendly the disposal of our cups has been up to now, it is simply better not to produce any waste in the first place. By acquiring an in-house rinsing line, we avoid transport-related emissions and solve the logistical challenges that previously prevented us from using a reusable system with external cup rinsing."

The reusable system replaces the biodegradable PLA disposable cups previously used in AEG's German venues for beer and soft drinks, as well as the paper cups for all hot beverages. In the future, the switch will eliminate a total of 90 tons of waste per year across all three venues, which previously had to be disposed of properly.

Rinsing volume of 5,300 cups per hour

Depending on the event, an average of around 10,000 beverage cups are usually handed out to fans at the arenas. To cope with this order of magnitude, AEG has commissioned Meiko, a company specializing in rinsing technology, to install the rinsing systems in the Barclays Arena and the Mercedes-Benz Arena. The system in the Mercedes-Benz Arena will then also be used to clean the cups of the neighbouring Verti Music Hall. Meiko has extensive experience especially with cup cleaning at major events. For example, Meiko machines were designed as a mobile solution and have been used at World Cup soccer matches in the past. The systems in the German AEG arenas will be able to clean up to 5,300 cups per hour and meet the highest hygiene standards. At the same time, the resource-saving rinsing technology will ensure low fresh water and energy consumption, and thanks to the vibration technology of the Meiko machines, the cups will be completely dried so that they can be stacked and stored immediately.

AEG will purchase a total of around 172,000 Ökocups with fill volumes of 0.25, 0.3 and 0.5 liters from the Berlin-based company moBrands GmbH. The Ökocup is a high-quality and durable BPA-free plastic cup that saves raw materials and resources in a closed-loop recycling system. The reusable cups are produced in Berlin and come from controlled raw materials from suppliers within the EU. Already at the shipping stage, attention is paid to the reduction of packaging material, and standard film packaging is completely dispensed with. Shipping is carried out by carbon neutral logistics partners.

At the end of their useful life of approx. 600 rinses, the reusable cups used are fed into the recycling process and processed into granulate. The material obtained is then used to produce approx. 90% new cups and the remaining 10% is used to produce other products such as flower pots.

No cup to leave the venues

AEG will continue to welcome reusable fan cups by promotors, artists and anchor tenants at their respective events and will offer them to have them cleaned in-house.  However, the venues themselves will not offer so-called fan cups, which could tempt visitors to take them home. This is because AEG's aim is to ensure that no Ökocup leaves the venues, thus remaining in the recycling loop and not ending up in household waste. As it is common for reusable systems, a deposit will be charged when the cups are handed out, which will be refunded when they are returned.