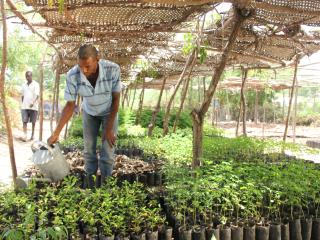 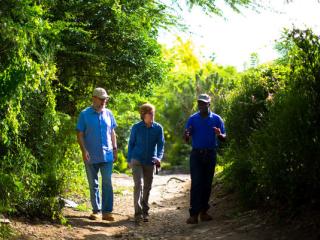 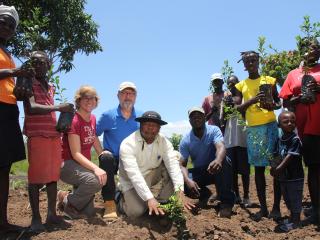 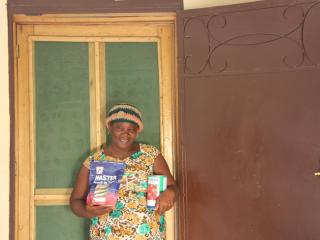 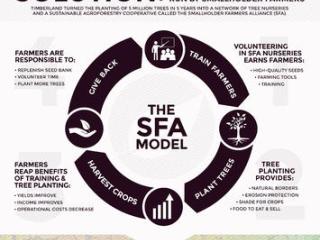 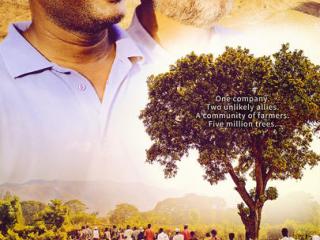 STRATHAM, N.H., October 6, 2015 /3BL Media/ – Global outdoor lifestyle brand Timberland today released “KOMBIT: The Cooperative,” a documentary film chronicling a five-year project to reforest Haiti in partnership with the Smallholder Farmers Alliance (SFA), a Haitian nonprofit farmer cooperative dedicated to feeding and reforesting the country. In 2010, Timberland made a Clinton Global Initiative (CGI) commitment to plant five million trees in five years in Haiti, aimed at reversing the country’s dangerous decline in tree populations. That commitment resulted in the development of a large-scale, self-sustaining agroforestry program owned and operated by smallholder farmers, creating lasting value well beyond the trees themselves. The film documents the complete story of Timberland’s journey and is available at KombitFilm.com.

Rebuilding Against the Odds
Haiti’s biological diversity is one of the richest in the Caribbean and its mountainous topography includes lush forests, beaches and arid deserts. Today, with less than two percent tree cover, the country is threatened by severe deforestation and desertification caused by natural disasters, over-use of land by farmers and livestock and harvesting of trees to sell as charcoal. The film, produced by Found Object, follows Timberland’s quest to plant five million trees in five years while simultaneously building a sustainable, self-funded agroforestry enterprise in an effort to support the country’s reforestation efforts and its smallholder farming population. What began as part of the brand’s global commitment to tree planting quickly progressed into the empowerment and growth of a community of Haitian smallholder farmers.

"We saw a huge opportunity to match our tree planting mission with Haiti’s reforestation needs, but any solution we wanted to support couldn't be contingent on a donor-based model anchored by perpetual funding,” said Margaret Morey-Reuner, director, strategic partnerships, business development and values marketing, Timberland. “So we challenged our partners, who eventually founded the SFA, to create something that would have a lasting positive impact for the people of Haiti, beyond just writing checks. They successfully worked with us to create a sustainable, long-term solution that would actually make a difference.”

Approximately one-third of the world’s population are small-scale or “smallholder” farmers, including 2.1 million in Haiti alone. The majority of these farmers lack proper training and live in poverty, with many forced to have their children work instead of attend school. Timberland and SFA worked together to create a model whereby farmers voluntarily tend to a network of nurseries that produce one million trees annually. In return, farmers receive training, crop seeds, seedlings and tools that help restore tree cover and increase the farmers’ own crop yields – a mutually beneficial and sustainable cycle.

“With Timberland’s impetus we found a way to provide small-scale farmers in Haiti with the three things they needed most: tools, better quality seed and specialized training to improve their agricultural practices,” said Hugh Locke, co-founder of the Smallholder Farmers Alliance. “Doing so resulted in much more than the planting of five million trees – it has created real environmental, social and economic impact for farmers, prompting the creation of new farmer-run small businesses, including agricultural supply stores, marketing operations and now, what will become an export model for the moringa plant – a new ‘superfood.’”

Making Change Through Social Entrepreneurism
To date, this self-sustaining business model has helped 3,200 farmers increase productivity on their farmlands an average of 50 percent, resulting in increased household income of 50 percent, on average. The program has also resulted in increased access to education and healthcare, including an estimated 3,400 additional children of SFA members placed in school. Most recently, the development of an export model for “superfood” moringa is underway with the U.S. brand Kuli Kuli, which will be sold in Whole Foods starting in January of 2016.

“’Kombit’ is a Haitian Creole word for ‘a community working together toward a common goal,’” said Timote Georges, co-founder of the Smallholder Farmers Alliance. “This is exactly what happened over the last five years in Haiti as a result of Timberland’s vision. The farmers have found their voice, they have renewed their passion – they feel completely empowered and are eager to continue building the cooperative. I personally can’t wait to see what we do next.”

Documenting the Journey
Timberland worked with Found Object to document the project, and the full story is now being told through film to inspire others to explore innovative thinking and partnerships around the world.

“Found Object was already aware of Timberland’s dedication to the environment from work we had started with them in 2009 around climate change,” said Gabriel London, partner and creative director of Found Object. “It was clear to us that there would be an incredible story to tell about rebuilding Haiti after witnessing Timberland’s commitment to the people and the country during an earthquake relief trip we attended with them. Five years later, this film tells a powerful story about planting seeds: of trees, of hope and of new models of sustainability.”

To learn more visit KombitFilm.com, where you can view KOMBIT: The Cooperative for $2.99 (48 hour rental) or $9.99 (purchase and download). All net proceeds from the 45-minute film will benefit SFA via Impact Farming, which supports the SFA in Haiti and helps to provide education and agricultural training to empower farmers in developing countries.

About Timberland
Timberland is a global leader in the design, manufacturing and marketing of premium footwear, apparel and accessories for the outdoor lifestyle. Best known for the original yellow boot introduced in 1973, Timberland today outfits consumers from toe-to-head, with versatile collections that reflect the brand’s rich heritage of craftsmanship, function and style. Timberland markets lifestyle products under the Timberland® and Timberland Boot Company® brands, and industrial footwear and workwear under the Timberland PRO® brand. Its products are sold throughout the world in leading department and specialty stores as well as company-owned retail locations and online. Timberland’s dedication to making quality products is matched by an unwavering commitment to environmental and social responsibility – to make things better for its products, the outdoors, and communities around the globe. To learn more about Timberland, a brand of VF Corporation (NYSE: VFC), please visit timberland.com or follow us along the modern trail @timberland.

About Found Object
Found Object creates story-led social impact campaigns that inform, inspire and influence. Founded in 2009 by filmmaker Gabriel London and producer Charlie Sadoff with the aim of harnessing the power of storytelling in the social impact space, Found Object has spawned award winning documentaries and impactful campaigns for leading companies, nonprofits and government clients. Building on the partners’ documentary film background, Found Object works to leverage innovative ideas through powerful stories to create ever-greater social impact. Be it clean energy or the health and wellness of our nation’s veterans, criminal justice stories or innovations to tackle global poverty, we believe great stories, well-told can change the world.

'Your Calling Is Calling': New Timberland Pro Campaign Celebrates Those Who Follow Their Passion and Find Purpose in the Skilled Trades

BIPOC Designers Apprentice at Timberland Headquarters as a Part of the DiverCity X Design Program, in Partnership With PENSOLE Academy

Relive the Past and Unlock the Future Through TimbsTrails, Timberland's New Interactive Digital Experience

Timberland Showcases Black Creators and Celebrates Community From The Root