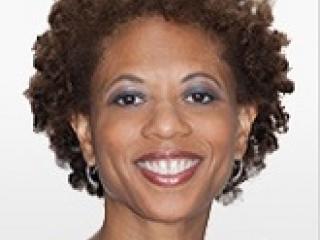 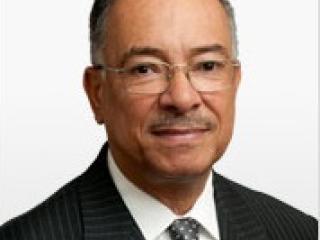 Two members of the Booz Allen Hamilton Board of Directors have been named to Savoy’s Power 300: 2016 Most Influential Black Corporate Directors. The magazine features profiles of Melody Barnes and Arthur E. Johnson in its summer issue and online.

Melody Barnes joined Booz Allen’s board in 2015. She is currently a Vice Provost and Senior Fellow at New York University, formerly served President Barack Obama as an Assistant to the President and as the Director of the Domestic Policy Council, which coordinates the domestic policy-making process in the White House. She is also Co-Founder and Principal of MBSquared Solutions LLC, a domestic policy strategy firm, Chair of the Aspen Institute Forum for Community Solutions and a director at Ventas, Inc., a real estate investment trust.  Before serving in the White House, Ms. Barnes was the Senior Domestic Policy Advisor to President Obama’s campaign. From 2005 to 2008, Ms. Barnes was the Executive Vice President for Policy at the Center for American Progress, where she had previously been a Senior Fellow from 2003 to 2005.  She also served as Chief Counsel to Sen. Edward M. Kennedy on the Senate Judiciary Committee from 1998 to 2003, and as his General Counsel from 1995 to 1998. Ms. Barnes received her bachelor's degree from the University of North Carolina at Chapel Hill and received her law degree from the University of Michigan. She is a member of Booz Allen’s Compensation and Nominating and Corporate Governance Committees.

Arthur E. Johnson, retired senior vice president of corporate strategic development from Lockheed Martin with over 20 years of senior leadership experience in the information technology and defense businesses, joined Booz Allen’s Board in 2011. He brings extensive IT management experience to the Board, having held senior positions at IBM, Loral Corporation and Lockheed Martin. Mr. Johnson currently serves as a Director of AGL Resources, Inc. and Eaton Corporation, as an Independent Trustee of the Fixed Income and Asset Allocation funds of Fidelity Investments, and was the founding Chairman of the Board of Trustees of the National Defense Industrial Association (NDIA). Mr. Johnson is a member of Booz Allen’s Audit Committee.

“Savoy continues to be at the forefront of comprehensive coverage of the professional success and achievements of African Americans.” said L.P. Green, II, CEO & Publisher of Savoy Magazine. “It is our duty to chronicle these inspiring executives, their distinguished careers and the corporations that demonstrate inclusive board composition in Savoy. We offer congratulations and appreciation to the directors recognized in Savoy’s Most Influential Black Corporate Directors edition for their inspiring leadership.”