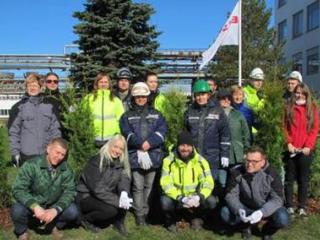 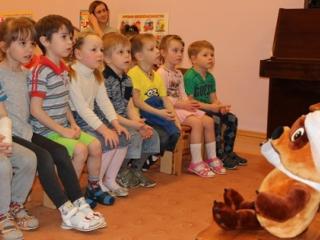 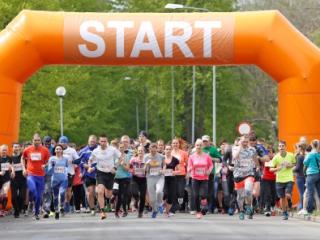 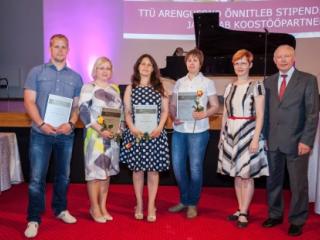 Eastman team members are committed to investing in their communities, no matter where they are. At the Kohtla-Järve (KJ) site, team members have been involved in a number of endeavors that have made an impact in that small Estonian community.

In a commitment to environmental stewardship, 10 trees were planted last year in front of the administrative building, and another 10 trees were added this year.

As part of this year’s “Let’s Do it Together” spring cleaning initiative, KJ city council arranged the cleaning of a local park. Eastman’s Green office team encouraged its employees and contractors, and their families, to join the event as part of the Wheel of Wellness initiative.

In another example of an initiative that contributed to the Eastman team spirit and to the health and well-being of team members, the KJ site hosted the inaugural Eastman Charity Run. Local citizens joined Eastman team members in the event arranged by the Eastman Green office team members Natalja Barosnikova and Nana Badaljan. Proceeds were given to four KJ families who have children with special needs.

In a partnership to further educational excellence, Eastman has joined with the Estonian unemployment agency to provide apprenticeship and employment opportunities at the company’s manufacturing facility. In addition, Eastman partners with the TTÜ Virumaa Kolledži (Tallinn University of Technology: Virumaa College) in KJ to provide apprenticeships to students working on their university practicums. Scholarships were awarded to students as they achieved specific milestones and successfully completed the program.

As part of KJ’s community efforts to develop sustainable relationships in local communities, members of the KJ  Green Office team volunteered to visit local kindergartens to talk about safety.

The goal of the event was to promote safety culture and increase the safety awareness of children. The event created a lot of excitement among the kids as well as the school personnel.

“I have been so happy to see these great initiatives from our team members,” said KJ Site Manager Hannes Reinula. “It is clear that our employees truly care about the community and people surrounding us. I am proud to be member of this team.”

Bringing Life to the Barracks

We Live Here. We Work Here. And You Can Too!

Bringing the Magic to the Classroom