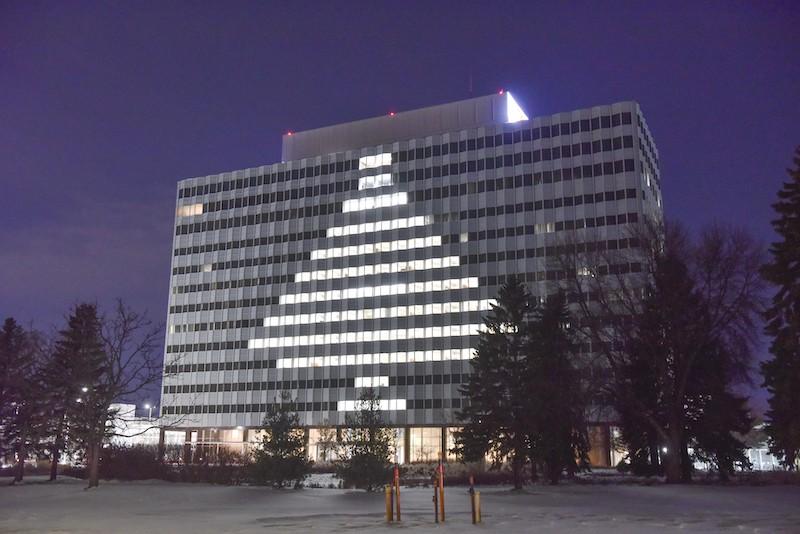 It's a tradition that started exactly sixty years ago with a word: “Noel.”

Today, the 3M holiday tree, an assemblage of lighted offices in 3M Center’s Building 220, creates a 15-story “tree” visible to drivers and passerby on Interstate 94 through St. Paul, Minnesota.

This year, the tree went live Nov. 23 and will be lit every night at 6 p.m., now through the final lighting Monday, Jan. 2.

When 3M built its headquarters on the eastern edge of St. Paul in 1962, Building 220 stood out with its top-to-bottom windows set amidst a campus that had yet to be developed.

Its first winter, the windows were lit at night with the word "Noel" on the front side of the building, and a tree on each of the sides.

The tree soon moved to the front of the building and has been shining every holiday for decades.

The building has weighed in on other local moments of note, including:

Are the lights on all day?

While the light tradition means some lights stay on longer than usual, 3M has a year-round strategy for "light sweeps" to turn off campus lighting in the late afternoon/evening. 3M is committed to reducing our energy consumption and has transitioned headquarters to 100 percent renewable electricity.