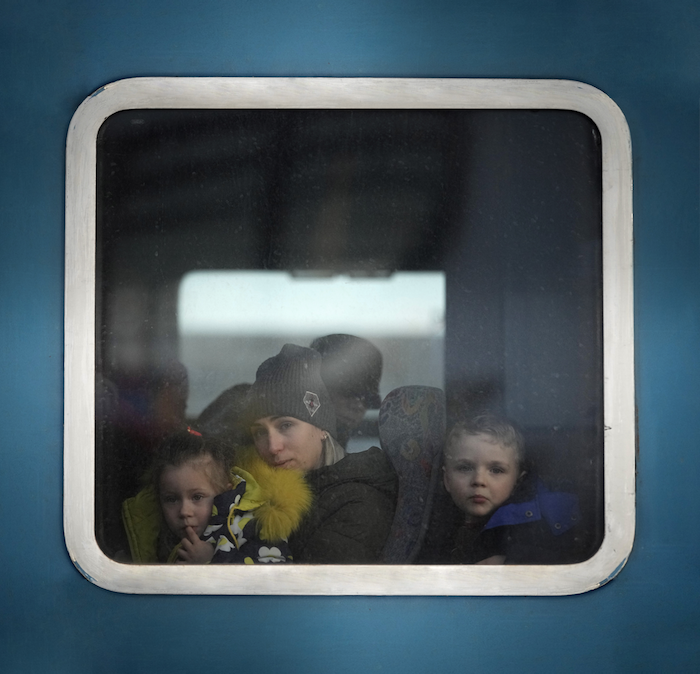 A roof over their heads.

That’s one way 3Mers in Poland have been helping their colleagues and others fleeing Ukraine and the Russian invasion over the last month.

In addition to 3M’s $2 million commitment to support relief efforts in Ukraine – and on top of the $752,000 raised by 3Mers and the 3M Foundation match – 3Mers in Europe and beyond are making sure there are resources for colleagues and others affected by the crisis in Ukraine.

Katarzyna Postawa, brand and communications lead at 3M’s Global Service Center in Poland, has been helping with rounding up supplies for under-stocked hospitals after hearing of the need. She is just one of scores of 3Mers in East Europe providing a welcome, even shelter, to 3Mers and other refugees streaming out of Ukraine into bordering nations.

“Everyone is somehow involved,” she said of the collective effort to help.

According to the United Nations, more than 3.5 million people have fled Ukraine, with the bulk of them going to Poland. It is the largest refugee crisis in Europe since World War II.

Several 3Mers and their families from Ukraine have made the trip to Poland, with 3Mers in Poland helping them find shelter.

“People are coming on foot, often with only a suitcase among them,” Malgorzata Golatowska, 3M brand and communications lead for East Europe says.

So, volunteers from 3M and from all over the country are making sure basics, like food, non-prescription medicines, shoes, toiletries and clothing are available.

As several of the 3M Poland team members are originally from Ukraine – having moved to Poland years ago – they are organizing groups to support communication between hosts and guests, providing translation and interpretation help for hosts who only speak Polish and guests who only speak Ukrainian.

But the moment goes far beyond just our company.

Coworkers are driving to the border and offering help to those who need it, which are often women and children, as men 18 to 60 years old have been asked to stay in Ukraine to help with territorial defense. The women and children have often had to wait hours in frigid temperatures to cross to safety.

One of those helpers is Martin Fabry, a Safety & Industrial Business Group Channel Manager in EMEA. He recently made a trip to pick up refugees.

“I was sitting in the car and repeating the sentences in Ukrainian: ‘What is your name? We will help you. You are safe here,’” he said.

“They are starting to realize this is not a trip just for a few days,” Jaromir said.

Jaromir and his family have done their best to offer physical resources to his house guests, but also remain respectful of their emotional needs. Jaromir’s two older kids pulled out their childhood toys for the young children to play with. They have also enjoyed playing with the family dog.

“You really need to be empathetic and step into their shoes,” he said. “Sometimes you need to give up asking if they needed anything and try not to push.”

As the conflict continues and going home is not yet an option, 3Mers are starting to look at longer-term housing, schooling and employment options for their guests. Malgorzata said the issue is bigger than 3M and a few dozen coworkers in need of help.

“This is not only about the [3Mers] from Ukraine,” she said. “We expect millions of people coming from Ukraine into Poland. This is what we need to do as human beings.”

How 3M Shrank the Problem of Bulky VR Headsets